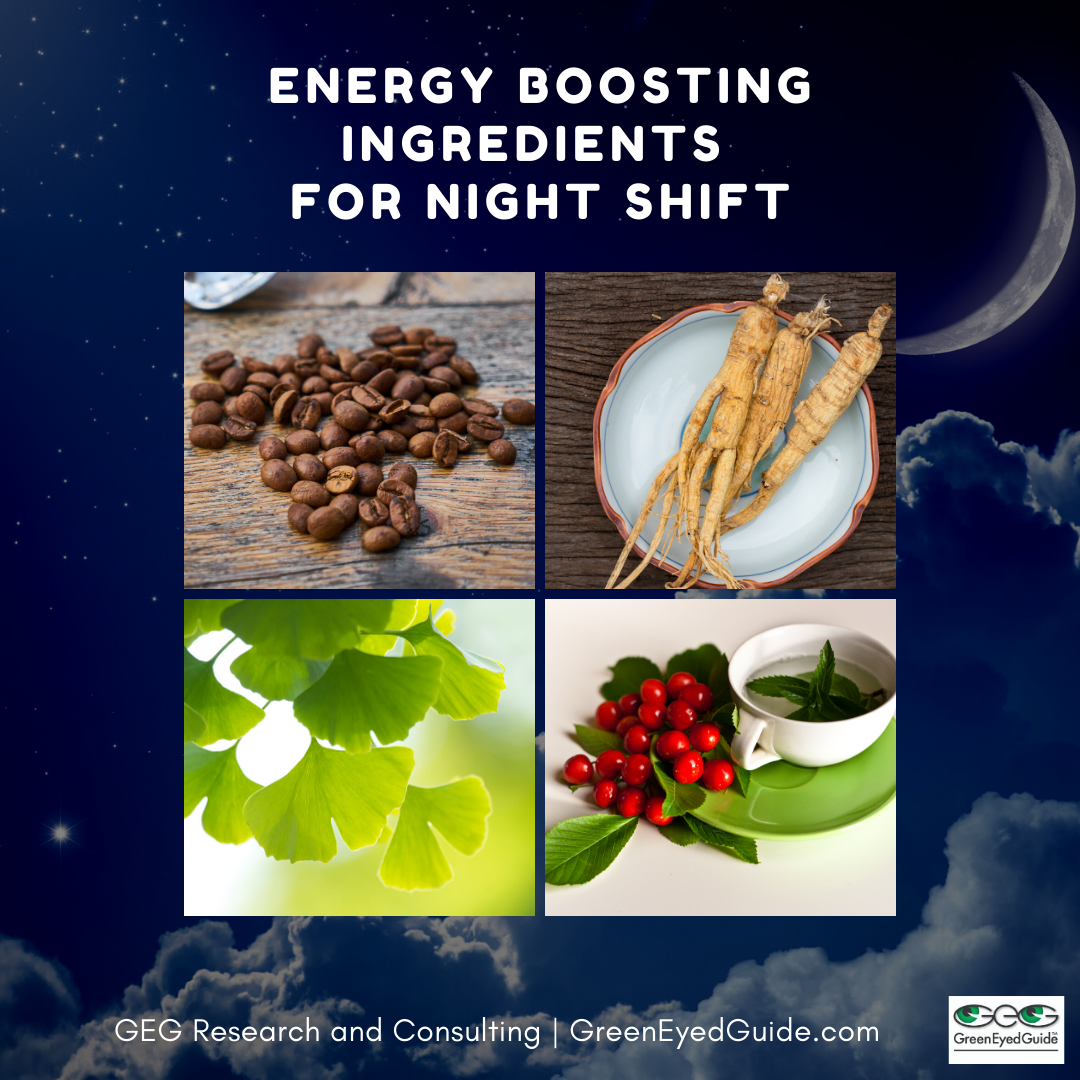 When getting quality sleep isn’t possible, caffeine can help. But caffeine is not the only ingredient that boosts attention and focus[1].  If you struggle with fatigue at work, here are four ingredients to consider.

Let’s start with the obvious. You already knew that caffeine helps you stay alert, but it might surprise you to learn that more caffeine isn’t always better. In fact, a dose of 200 mg caffeine helped sleep-deprived truck drivers perform better during a driving simulation[2].

Drinks with more than 200 mg caffeine can make it even harder to focus[3] because of jitters and other caffeine side-effects. Furthermore, large doses of caffeine are more likely to interfere with your sleep. This is a big deal if you work the night shift because it’s already difficult to sleep during the day.

Research on ginseng and alertness is still limited, but the results seem promising. Even more so when ginseng is combined with caffeine and/or guarana extract[5].

Guarana is a natural source of caffeine from a plant found in Brazil. One study[6] found that a guarana extract helped people focus after a long battery of tests designed to make them mentally tired. The guarana extract in this study had only 9 mg caffeine, so it wasn’t just the caffeine doing the work.

Tyrosine is a non-essential amino acid. Some researchers believe tyrosine might help us in stressful situations. One review study found that [7] tyrosine improved alertness despite the stress of sleep deprivation, noise, and military combat training.

The only downside is that tyrosine only seems effective in large doses - from 2 to 10 grams! This dose is too large to stay soluble in a drink, but having tyrosine in pill form or mixed into food is a good strategy.

When we’re on the verge of feeling like a walking zombie, it’s tempting to reach for another energy drink or cup of coffee. But we can do better. Finding a drink with the right amount of caffeine and some of these other ingredients can help us feel more alert with less caffeine.

A special Thanks to Danielle Robertson Rath of GEG Research and Consulting for this article. Ms. Rath is the best-selling author of "How to Get Shit Done When You Feel Like Shit: The Secret to Caffeine, Productivity, and Motivation for the Sleep-deprived and Overwhelmed". As the "GreenEyedGuide", Ms. Rath is your go-to-guide for questions about caffeine, energy drinks, and the 5 Levels of Fatigue. Learn more at GreenEyedGuide.com